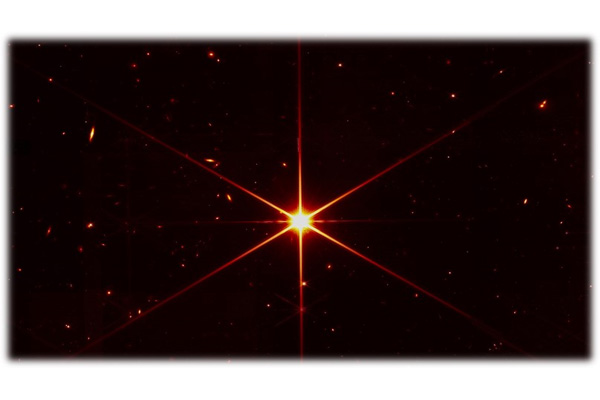 “And God raised us up with Christ and seated us with Him in the heavenly realms in Christ Jesus”
Ephesians 2:6

What the heck is going on?  As most of you know, the scientists and astrophysicists at JPL are still aligning the mirrors of the James Webb Telescope.  They were using the star at the top to calibrate the mirrors.  This star is about 2000 LY from the telescope.  While they were doing this, “by accident” they captured a bunch of distant galaxies.

Remember the “Hubble Ultra Deep Field” discussed in Nov 2020 (E2Vegas.org/Friday-Mens-Group-11-6-20/)?  The Hubble pointed its camera at a tiny patch of the universe (smaller than a pinhead) and came up with an estimated 10,000 galaxies.  The following is by a bogger my son sent me:

“10,000 galaxies. Our own galaxy, not exceptional in any way, contains around 200 – 400 billion stars. In the patch that the Hubble photographed, the size of a millimeter held a meter away, there are on the order of a quadrillion stars. And yet it would take 12 million of such patches to tile the sphere of the sky.  How can we understand the scale of this? A quadrillion is a ridiculous number.”

He used several examples, here is one of them: “Consider the rain in a thunderstorm.  A raindrop in a large storm weighs around a tenth of a gram.  A convective storm system can drop 100 million tons of rain.  There are as many raindrops in a large storm system as there are stars in the Hubble Ultra Deep Field.”

What’s my point?  Just wait till the James Webb comes online.  It may just start to scratch the surface of God’s amazing Universe. 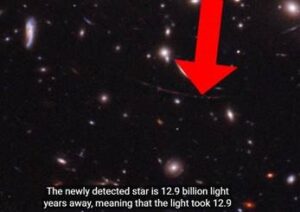 What’s new with the Hubble?  Well, it hasn’t given up the ghost yet!

One of the brothers in Northern California asked if I had seen that the Hubble just broke its own record for the farthest star ever.   They named the star, Earendel, which means “morning star” in Old English.  The name was inspired from J.R.R. Tolkien’s books.  This star lies a whopping 12.9 billion light-years away.  Of course you know by now that if your Tesla could fly at the speed of light (186,000 miles/sec) it would still take you 12.9 billion years to reach Earendel.  Amazingly, they estimate it to be 50 times the mass of our sun and millions of times brighter……. And I thought our sun was bright…. Yikes!

If interested, click on the photo at the left for a 2 minute video by NASA on Earendel or click here: Hubble Spots Farthest Star Ever Seen

When you reflect on this ever-expanding Universe that God spoke into existence, do you maintain or have an ever-increasing Biblical fear of the Lord?  That might be something to talk to God about during your quiet time with Him.

I was thinking about all these scientists and astrophysicists in light of Jesus’ words in Mark 8:36 “For what does it profit an astrophysicist to gain the whole universe, and forfeit his soul?” [my paraphrase].   And then we have:

“Blessed is the one who fears the Lord always, but whoever hardens his heart will fall into calamity” (Prov 28:14)

These discoveries are truly exciting, but let’s keep our eyes where they belong, on the Cross and the Person of Jesus Christ! 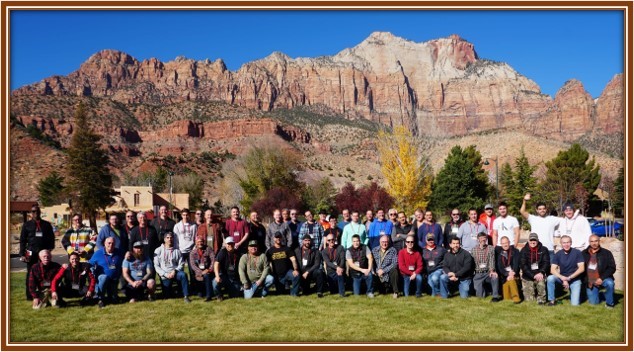 Men:
When you attempt to apply the positive commands to a person other than yourself, be prayerfully cautious.  Ask the Holy Spirit for discernment when you read these two devotionals.

This Will Make You Think Differently About Catholicism…

And this is not an April Fool’s Joke

Men:  Make sure you watch this 16 minute video.  It was just released on Wednesday 3/30/22.  Ray Comfort of Living Waters addresses how the Catechism of the Catholic Church removed the 2nd Commandment (Thou shall not make for yourself a carved image…….. Exodus 20:4) and split the 10th Commandment into (2) commandments!

“Catholicism has many unbiblical practices that most people are unaware of.  Ray Comfort discusses several critical errors of Roman Catholicism, and then shares the glorious gospel—salvation by grace alone through faith alone in Jesus alone—with Catholics.”

This Will Make You Think Differently About Catholicism… (YouTube 16 mins)

Men:  I have all my old catechism’s when I would attend weekly Catechism as a kid in Wyoming and then Las Vegas (before I attended Catholic school).  I took a couple photos out of my Baltimore Catechism that you may find interesting (see below or attached PDF): 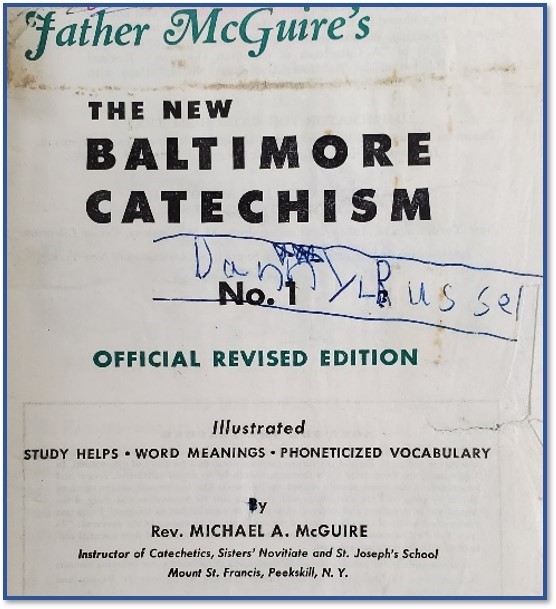 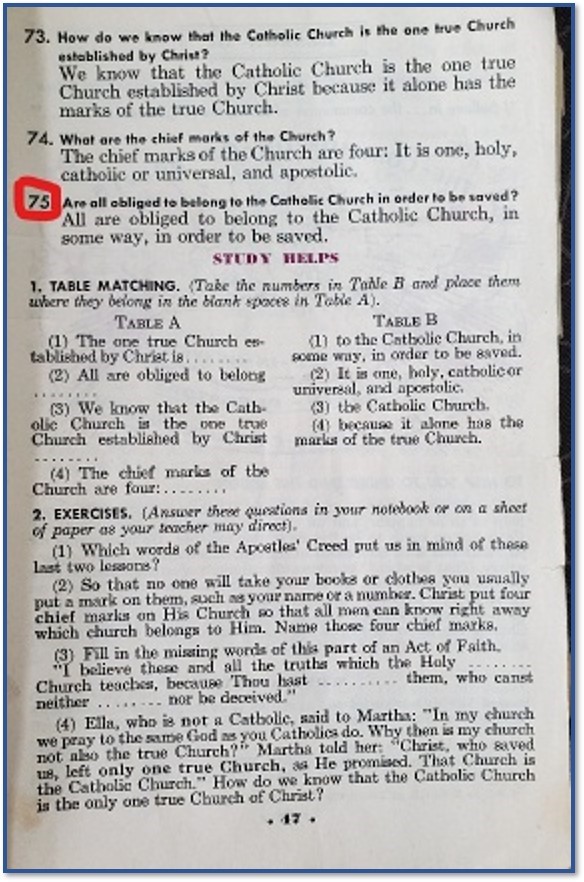 #87  The Catholic Church left out the 2nd Commandment from Exodus 20:4 and split the 10th Commandment 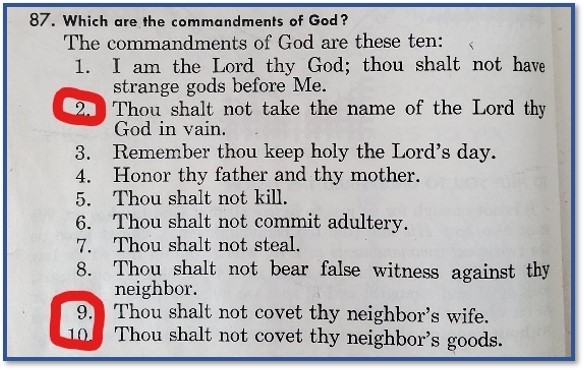 Note:  Always remember this one-liner when dealing with Catholics:
“Nothing could persuade them until Truth meant more than tradition”

“Your way was in the sea and Your paths in the mighty waters, and Your footprints may not be known.”
Psalm 77:19 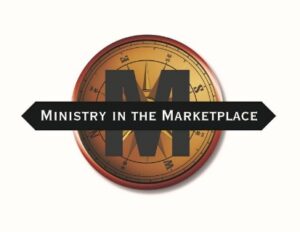 Men:  This is a super encouraging article by Trevor (see attached PDF or click on link below)
Please pass on to your buddies

Note:  If you’re not receiving these articles (Click Here)

That’s right, my spiritual grandfather, who I never got to meet, died last year.  This past Sunday they held the memorial service for him at the Navigator property of Glen Eyrie Castle in Colorado Springs.  Skip was with the NAVS (The Navigators) for 68 years.   Jonathan Koehler and his wife Marilyn were there in person, while I watched the service livestream (if you have 90 minutes, I heartily recommend watching it.  Here is the link.

As many of you know, my spiritual father was Walt Henrichsen (Leadership Foundation).  He faithfully discipled me from 1993 to 2016.  Walt was discipled in the home of Buzzie and Skip Gray (see photo at left), with several other men including Dave Dawson (Equipping the Saints) and Dwight Hill.

Skip was the master of “one-liners.”  He even published a book, Navigating Insights, The Wit & Wisdom of Skip Gray.  Skip said, “People remember one-liners better than they remember long-liners” 😊  Here are just a couple of those one-liners mentioned at the service:

Dawson Trotman discipled a man by the name of Howard Davis.  Howard was a sailor in WWII.  He was the man that discipled Skip Gray.  God uses one-on-one discipleship to profoundly change a person for His Kingdom.

“95% of Christians are getting away from the Truth”

Speaking of discipleship, please watch this 1 ½ minute video I just received from Daniel Janagam.  The brother in the photo is a pastor that was the translator for Daniel Janagam as he taught pastors and laymen about E2 (Evangelism and Edification/Discipleship) in various cities in the state of Punjab, India  (35 hours by train see Google Map) 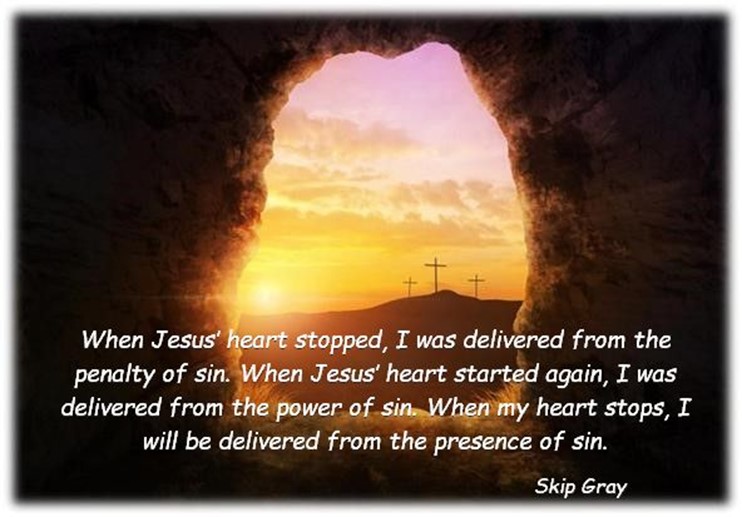