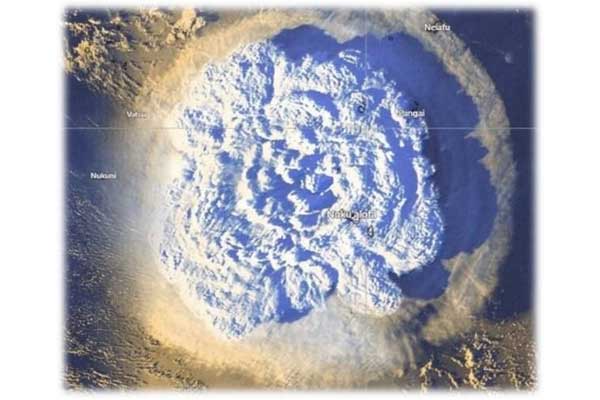 “Heaven and earth will pass away, but My words will not pass away.”
Matthew 24:35

I pray you have had a great week “in” the Lord……

Like you guys, I have been thinking about lots of stuff.  As I reflect on Jesus words in the verse above, they gave me pause.  Since the earth we know is going to disappear (maybe sooner than we think), why does so much of our time revolve around earthly/worldly things?  And likewise, if Jesus said that His words will not disappear, why do we spend so little time “in” those words?  And……. as all of you know, Jesus is the Word (John 1:1).

If you have been reading my Friday emails, you know that I have been doing some home improvements, especially outside.  Of course we should all be good stewards of what God has given to us (and remember, He has given us everything we have 1 Cor 4:7), but if we are doing it only for aesthetic purposes, what’s the point?  When was the last time you invited someone over for some fellowship over a cup of coffee?  As Lee Yih will tell you while serving in the Army during Vietnam, it was his neighbor who kept inviting him and his wife Miltinnie over for dinner.  Lee and Miltinnie were both unbelievers.  It was at one of those dinners that Miltinnie asked these neighbors why they were so different.  Bingo!  The neighbors shared how their lives were transformed through the Gospel of Jesus Christ!  We all can do the same thing and of course it can be wherever God places us.
As we have stated a number of times, there are only (2) things that are going to last forever:

So it seems pretty clear those (2) things should always be our FOCUS…. Here are a few verses to chew on or maybe cause you to shake in your boots: 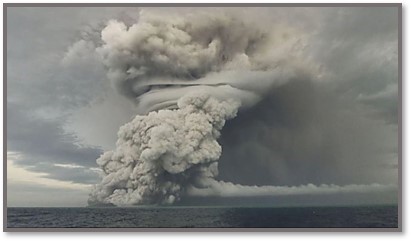 By now, most of you have seen the force behind this volcano, so I’ll try not to re-hash what you already know.  This once-in-a-lifetime eruption caused 400,000 lightning strikes and shock waves that circled the globe twice.  These “pressure waves” were traveling close to the speed of sound through the atmosphere, about 700 mph.  The plume of the volcanoes crest, shot 22 miles into the atmosphere.  Much is unknown about underwater volcanoes (known as: submarine volcanoes).  Scientists couldn’t predict this one, because it was instantaneous…… like when you shake a bottle of Pepsi with the cap still on.  When the cap was released, 1000°C magma hit the cold sea water and………… boom!   Let’s not forget Who orchestrates all these events:

“The One forming light and creating darkness, causing well-being and creating calamity; I am the Lord who does all these.” Isaiah 45:7

To consider what God is capable of doing on this Pale Blue Dot, should keep us in a posture of perpetual brokenness and dependence!

Men:  The more we reject our love of the world (1 John 2:15) the more we will be alone……but not lonely.  You can also read, “The Saint Must Walk Alone” by A.W. Tozer (See Attached PDF) 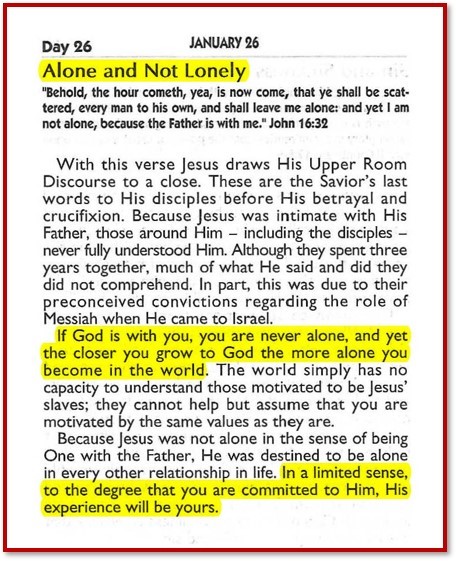 Please pray for this conference:

Lost Valley Men’s Retreat – March 4th – 6th   Click on the link below if interested in attending.  It will fill up quickly!
MIMcolorado.com/events/lost-valley-mens-retreat

We think we know what is best for us, but we don’t.
We think we are able to rule our own lives, but we aren’t.
We set our hearts on things that we think will make us happy, but they won’t.
We think that we can defend ourselves against temptation, but by ourselves we can’t.

(See attached PDF – Given the Kingdom by Paul Tripp) 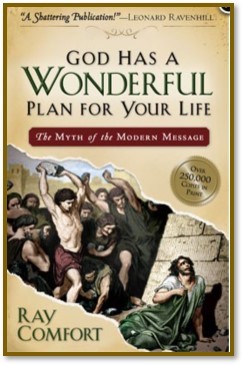 Men:  The guys in our men’s group are reading this book currently.  Here are some interesting statistics:

For decades, the world’s most popular gospel message has been drawing the lost by promising God’s wonderful plan for their life. But behind the facade of the “wonderful plan” message is the reality of the trials, temptation, and persecution that Jesus promised. How can we reconcile the two?

In this life-changing book, best-selling author Ray Comfort explores whether this common gospel approach aligns with real life — and with Scripture. The vital biblical principles he reveals will force you to reexamine your ideas about the gospel — and will teach you how to reach unbelievers the way God intended. A must-read for all who care about the lost.

Right now, Living Waters is allowing you to read this book for free.  Just click on this link:
FreeWonderfulBooks.com 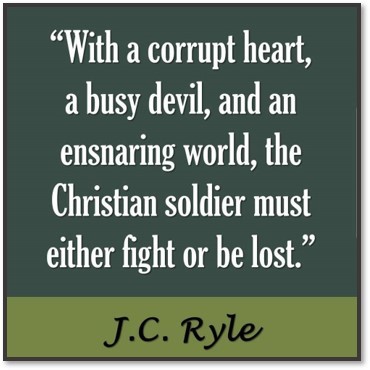