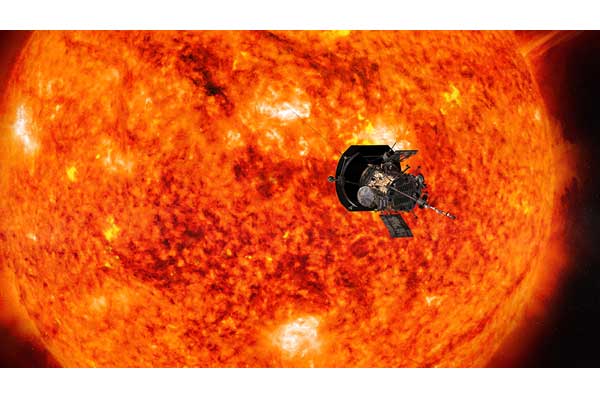 Hi Men:
I pray you had a great week “in” the Lord.  Check out these (12) verses in Eph 1:3-14 BibleGateway.com/Ephesians1:3-14. See how many times they show who you are in Him and what you have been given.  These are such jaw-dropping verses.  Take some time this weekend and ask the Holy Spirit to reveal the depth of these verses.  You will be blessed……

First of all, in the verse above, which again has such depth from several viewpoints, I just wanted to focus on the last (3) words:  “all in all.”  When “the last enemy that will be abolished is death” (v.26) then everything is put back in proper order as Christ subjects Himself to His Father so that “God may be all in all.”  If God is “All in All” then He is utterly supreme over everything everywhere, including what the Parker Solar Probe or the James Webb Telescope discover.  As with many of you, I just find all this NASA stuff fascinating, because ultimately, without God in the picture, the more our scientists and astrophysicists find, the more perplexed they will be.

So let’s talk a bit about this solar probe.  One of my fellow space enthusiasts sent me the following very good summary:

The Parker Solar Probe is a car-size spacecraft described as the fastest human-made object that zoomed inside the sun’s atmosphere for the first time ever last year and gathered scientific data that could help unlock the secrets of our host star, according to scientists with NASA.  NASA’s Parker Solar Probe came within 8.1 million miles of the solar surface on April 28—marking humanity’s closest approach ever to the sun—as it made its eighth looping orbit around the star, the scientists said. Accelerated by the sun’s powerful gravity, the 1,400-pound, $1.5 billion probe at times has been clocked at speeds of up to 365,000 miles per hour since its 2018 launch.

Data beamed back from the heat-tolerant probe could help explain why the sun’s outer atmosphere, or corona, which reaches temperatures of 3.5 million degrees Fahrenheit, is hundreds of times hotter than its surface, according to the scientists. The data could also yield new insights into the origin of solar wind, the potentially dangerous stream of charged particles and hot gas that blasts out into space from the sun’s surface.

“These are mysteries that have been bugging us for decades,” said Nour Raouafi, an astrophysicist at the Johns Hopkins Applied Physics Laboratory and the project scientist for the probe.  Previously, scientific data about the solar wind came only from Earth and space-based telescopes, other spacecraft operating farther from the sun and lunar experiments conducted decades ago by Apollo astronauts.

Images taken by a camera aboard the probe helped Dr. Raouafi’s team confirm that the probe had crossed the corona’s upper boundary, or what astronomers call the Alfvén critical surface. The boundary—which the probe showed to be wrinkly rather than smooth—marks the point at which material rising from the sun escapes the star’s gravity and magnetic forces, and streams outward as the solar wind at speeds of up to 1.7 million miles an hour.

How amazing …… and remember, there will be always be that small number of scientists that get humbled by all this and have to admit this couldn’t happen by chance ………  there is a God and ultimately find themselves repenting and surrendering to Him.

NEXT WEEK:  Tonga Volcano – “Volcanologists couldn’t believe what they were witnessing…” 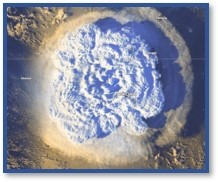 A brief thought concerning 1 Cor 15
Jesus died, was buried, and rose from the dead. He will gather His elect to Himself in the future, reign on earth, and abolish Satan and death. Upon completing these events, all enemies will be defeated. All things will be subject to God, giving all authority to God, and He will be “all in all.” In light of this future, let us obey Jesus, stop sinning, and enjoy the grace of God.

Broken and Dependent in Christ,
Dan 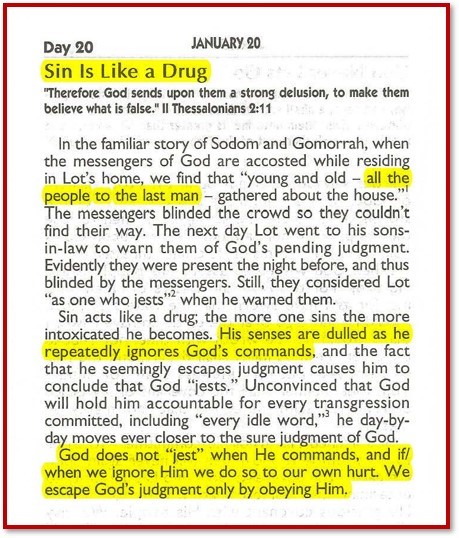 Also, we need to consider the last sentence from Day 21 in the Red Book:
“The only safe posture with God is surrender coupled with perpetual brokenness and dependence.”

Please pray for these (2) conferences:

The Fear of Failure

By Rob Amerine
Which do you fear more … the Lord or failure?

Men:
I met Rob at a Christian Businessmen’s Luncheon in Colorado Springs back in 2018.  The purpose of these luncheons is to introduce men (unbelievers) to the Person of Jesus Christ through the transformative testimonies of other men.  Most all men can relate to Rob’s article on “The Fear of Failure.”  (See the attached PDF) Feel free to share Rob’s testimony……..

Men:  The second part of this YouTube is very good as Ray Comfort asks questions of the young woman.  You will enjoy it…

“Make sure you avoid the methods of modern evangelism…. I’m talking about the unbiblical traditions of asking Jesus into your heart…..”

Elliot Clark
Life on Mission As Strangers In Our Own Land

Men:  This came across my email just yesterday.  TGC (The Gospel Coalition)  is offering this ebook at no cost. You can click here to read it online.  Some of you may recall Lee Yih’s wife, Miltinnie, was invited to speak at TGC Woman’s Conference on several occasions.

I briefly skimmed the book and it appears at first take that this book is a great reminder that all believers are called to live our lives on mission to proclaim the whole gospel to the whole world.  It helps remind you what we are called as Christians to do and not be ashamed of Christ.
Yet as Elliott states:   “So many of us are in love with this present world, yet it seems we’d rather keep the world – or more accurately, its sinners- at much more than arm’s length.”

From the Forward by D. A. Carson:  “……just about everywhere for young people, nominal Christianity is becoming obsolete: it costs too much, with no real advantages.  Decidedly non-Christian and anti-Christian agendas, riding the digital waves, increasingly prevail.”

My daughter-in-law sent me this sunset photo on Sunday from Lake Tahoe.  I thought what verse might be appropriate as I reflected on God’s amazing creation.  I picked Isaiah 40:4….  John the Baptist was “the voice of one crying in the wilderness, make ready the way of the Lord…..” (Luke 3).  He had some very strong words for those prideful Pharisees, etc.  In just a few months Easter will be here.  What a great time to begin reflecting on the words from Isaiah and Luke……..   “And all flesh shall see the salvation of God.” (Is 40:5 & Luke 3:6)
Note:  By the way, these verses are also part of Handel’s Messiah. 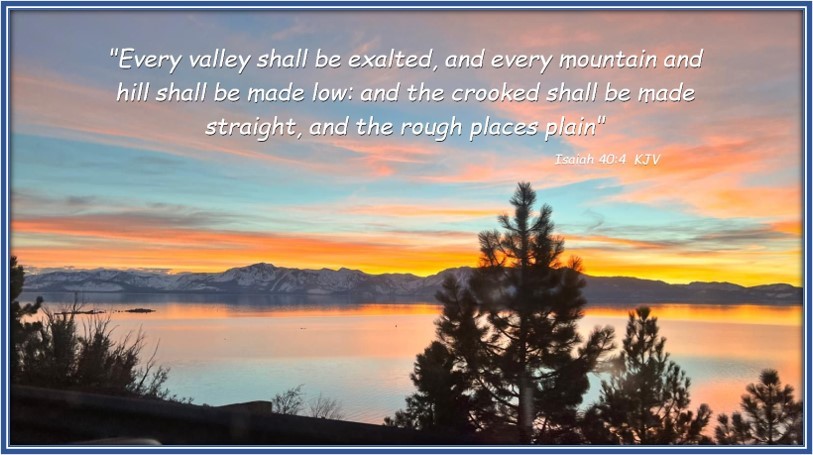