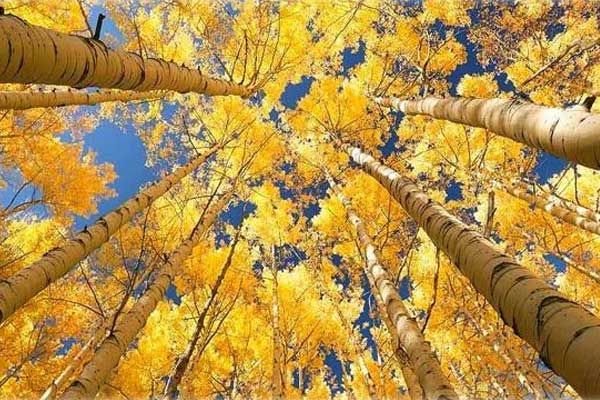 “The fruit of the righteous is a tree of life,
And he who is wise wins souls.”
Proverbs 11:30

I pray your week has been one of praise and glory to the God that purchased us with the blood of His own Son and now lives in us…wow!  As I have been studying in Ephesians, these two verses (Eph 1:5,14) really whacked me.  Here they are in the NLT:

“God decided in advance to adopt us into His own family by bringing us to Himself through Jesus Christ. This is what He wanted to do, and it gave Him great pleasure………. The Spirit is God’s guarantee that He will give us the inheritance He promised and that He has purchased us to be His own people. He did this so we would praise and glorify Him.”

Spend some quiet time on these…… it will be a rich time for you indeed!

Those Quaking Aspen trees above are amazing.  I hadn’t given them any thought until this happened:

IN YOUR OWN BACKYARD:  PART 7 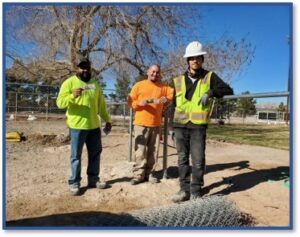 3 men showed up on Monday of this week to repair and replace some chain link fence that has rusted out due to the age and weather.  I called an old client of mine, Tiberti Fence Company and they sent out this crew.  The men were here 2 ½ days.  Guess what?……. Yep, I got to visit with the 3 men.  I explained “Steps to Peace With God” and also gave them their million dollars.  It’s so easy and fun, you just look at them and say, “Hey guys, did you get your million dollars yet?”  Then hand them out.  Like the short video from Living Waters says, it will put a smile on their face.  You can see the men holding their million dollar bill.

I have a table with chairs out at my barn.  It was great to see them going over the (2) Gospel tracts while they ate lunch.  Yet, the best part for me was having a conversation with the young man on the right, Kyle.

Kyle was raised in Delta, Utah.  He is 29 and truly a miracle he is still alive.  At his young age he has had (4) major brushes with death.  Even though he was clear he didn’t believe nor want to talk about his need for a Savior, we turned the conversation to plants and trees and their amazing root systems.  Kyle went on to tell me all about “Quakies” – another name for the Aspen because even the slightest breeze will cause leaves to tremble or “quake.”  He told me about their underground root system and how groups of trees are dependent on one another.

I just let Kyle talk and could see he has a huge interest in this topic.  At one point I asked him if he thought the amazing root system of Pando came about by chance.  He admitted that their may be a higher authority.  Kyle is a very bright young man that has been through the fires of life.  We talked for about an hour and exchanged phone numbers.  I told him he could call or text me anytime.  With all that he had been through (near death experiences) I texted him Jorge Hernandez’s testimony https://youtu.be/IifLNvCxPvw and he said he would listen to it.

I also had a short talk with all (3) guys telling them about the conversation Penn Jillette had with a Christian man that gave him a Bible.  I explained why it’s so important for me to share this Good News with them.  In light of Penn Jillette’s blog, they all understood (see below).  Please pray that God will work in the hearts of these men.

Nothing gets the juices flowing more than when you grab those opportunities the Lord puts in front of you to talk about His Son Jesus!

As I read Day 14 below, I also reflected this week on Day 11 in the Blue Book (see attached PDF).  We all too often try to sort things out to our own liking, trying to make logical sense of them.  I remember what Søren Kierkegaard stated when referring to Abraham as he prepared to sacrifice his own son…. He called it the “Teleological Suspension of the Ethical.”  Whether you agree with that statement or not, God wants us to believe what He says in His Word as we walk by faith! 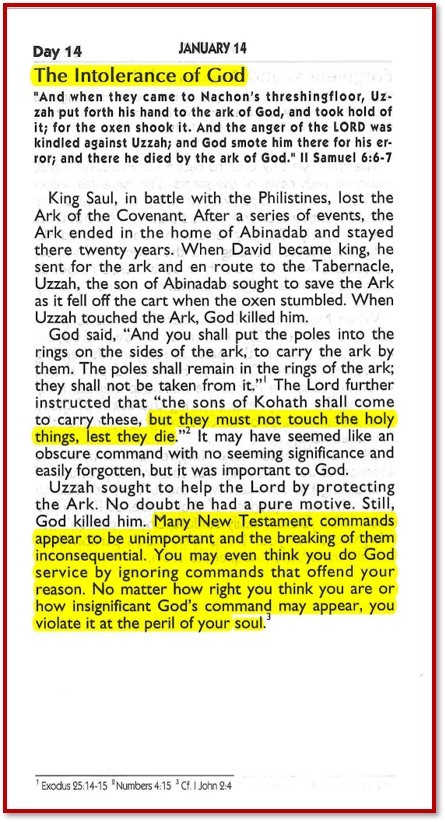 “For I decided to know nothing among you except Jesus Christ and Him crucified.”  (1 Corinthians 2:2)

Men:
Please pray for the North Texas Men’s Conference beginning one week from today.  Pray for the men attending, the speakers and the venue.  Click Here: TexasE2.org 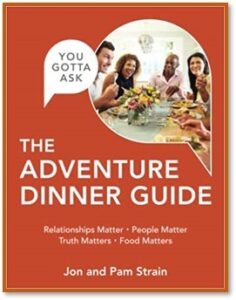 Mixing food with conversations to get people to take a step closer to God (You Gotta Ask Series)
Check it out here men:  Click Here

A good review as we begin a New Year:  Atheist, Penn Jillette – 5 min.

We have shared this before, but if you haven’t heard what Penn Jillette said after receiving the Bible, it worth watching!  Please share it with your Christian friends…….

Question:  Where do you stand in your fervor and boldness to share Christ?

I love one of the comments: “Mr Jillette you probably don’t realize this, but that was the best 5-minute sermon most of us have ever heard”

Here is Penn Jillette’s actual blog and a portion of the main narrative below:
A Gift Of A Bible (YouTube 5-mins)

Atheist Penn Jillette is one half of Penn and Teller, a duo that has been headlining Vegas shows for years with comedy and the art of illusion. Penn has never been shy about his disbelief in God, often writing about his conviction in articles and best-selling books. Yet in an on-line video blog that can be found on YouTube, Penn shares a story about the time a gracious Christian businessman gave him a Bible as a gift. Penn goes on to use the story as an opportunity to point out that Christians who don’t evangelize must really hate people. Here’s the direct quote from his video blog:

“……..I’ve always said, you know, that I don’t respect people who do not proselytize. I don’t respect that at all. If you believe that there’s a heaven and hell, and people could be going to hell or not getting eternal life or whatever, and you think that, uh, well, it’s not really worth telling them this because it would make it socially awkward—and atheists who think that people shouldn’t proselytize, [saying] “Just leave me alone and keep your religion to yourself”—uh, how much do you have to hate somebody to not proselytize them? How much do you have to hate somebody to believe that everlasting life is possible and not tell them that? I mean, if I believed beyond the shadow of a doubt that a truck was coming to hit you, and you didn’t believe it, and that truck was bearing down on you, there’s a certain point where I tackle you. And this is more important than that……..” 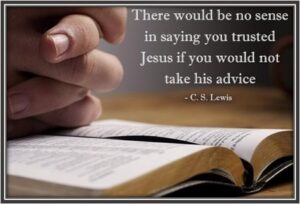 Just one of many examples:

How many churches today are not taking Jesus advice in this area:

The Word of God proclaims, “A woman should learn in quietness and full submission. I do not permit a woman to teach or to have authority over a man; she must be silent” (1 Timothy 2:11–12)

“…….you violate it at the peril of your own soul.”