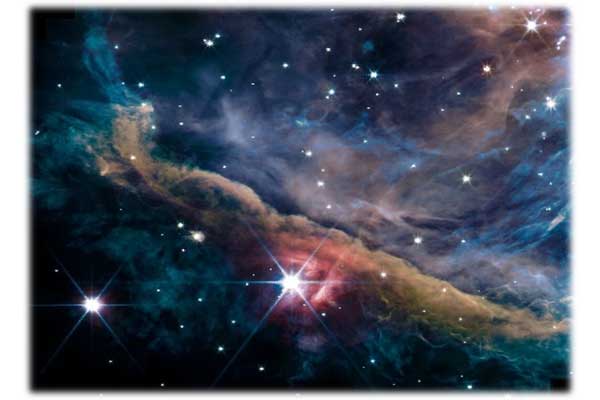 “Christ is the visible image of the invisible God.  He existed before anything was created and is supreme over all creation, for through Him God created everything in the heavenly realms and on earth.  He made the things we can see and the things we can’t see…….”
Colossians 1:15-16

So, the Christ that lives “in” you is that verse above.  How about reflecting a bit on those two overwhelming truths?  I hope this can help you so you aren’t pulled down by the mundane issues we all have to deal with daily. Let’s keep our eyes on Jesus, for He is the Author and Finisher of our faith.

This week I attended the funeral and committal service (burial) of a friend and client I had known many years that died very suddenly.  He was younger than me.  This man was a super nice guy, and over the years there were moments when I tried to inject my Christian faith in the conversation with him and his wife.  It would only go so far and then the subject was changed.
The King David Chapel was standing room only.  The family had heartfelt comments and some CEO’s that flew in stated how this man lived life to the fullest. They mentioned all the “good works” he had done worldwide as a board member on some influential multi-national non-profits that not only had Walton family members but leaders of several countries on the board of directors.  They mentioned how he was intimately involved in saving the planet and the in-roads he made on climate change.  I reflected on the above verse in Colossians….. “for through Him God created everything in the heavenly realms and on earth” …… then we read in 2 Peter 3:10-12  “But the day of the Lord will come like a thief, in which the heavens will pass away with a roar and the elements will be destroyed with intense heat, and the earth and its works will be burned up.”  Thinking about all the wonderful works this man had accomplished for planet earth, we then read the next verse:  “Since all these things are to be destroyed in this way, what sort of people ought you to be in holy conduct and godliness, looking for and hastening the coming of the day of God because of which the heavens will be destroyed by burning, and the elements will melt with intense heat!”
I looked around (in the room and at the burial service) and quietly asked the Lord if any of these people know You, our Yeshua Hamashiach?  I attended the reception at a hotel, quite a spread of food and drinks, but after one bottle of water, I had to leave……. I was really downcast.  I couldn’t get out of my mind where all these people were headed….
“At that time Jesus said, “I praise You, Father, Lord of heaven and earth, that You have hidden these things from the wise and intelligent and have revealed them to infants.  Yes, Father, for this way was well-pleasing in Your sight.  All things have been handed over to Me by My Father; and no one knows the Son except the Father; nor does anyone know the Father except the Son, and anyone to whom the Son chooses to reveal Him.”  Matthew 11:25-27

Orion Nebula
You guys knew I couldn’t resist inserting the new image from the JWST (James Webb Space Telescope) of the Orion Nebula.  If interested in learning more about this amazing creation of God (of course they don’t mentioned Him), click on this link (YouTube 6 ½ minutes)

UPDATE: Archerfish Video  You have to see this “ new” video! (YouTube 8 ½ minutes) 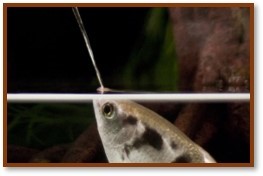 Some of you may know about the Archerfish.  It can shoot a jet of water out of its mouth and knock a bug or lizard off a low hanging branch so it can eat them.  The Archerfish is only 6 inches long, but can shoot this jet over 6 feet.  This is the only fish known to do this.  When it shoots the jet of water, it has to compensate for gravity and refraction (Refraction:  The Archerfish can account for the refraction property of the water surface and still aim accurately to hit its meal).  What are the odds of an Archerfish’s brain learning this over many generations without starving to death?  Let your evolution buddies know that their theory doesn’t work with the Archerfish.

Men, don’t get too distracted on the characters in Wash DC, stay focused on the eternal and “making disciples” (Matt 28:19).  Remember:  Making disciples is a command!

“He who has My commandments and keeps them is the one who loves Me; and he who loves Me will be loved by My Father, and I will love him and will disclose Myself to him.”  (John 14:21)

Men:  One of our brothers included this quote by Walt Henrichsen in his daily email.  I thought we all need to revisit it and take it before the Lord and ask Him if we are doing anything outside His perfect will.  If so, its our own little deal…….. just hay, straw and stubble.

“Becoming a Christian is free of charge. It costs the believer absolutely nothing: “For by grace you have been saved through faith; and that not of yourselves, it is the gift of God; not as a result of works, so that no one may boast” (Eph. 2: 8–9). But there is a cost attached to becoming a disciple. The cost is to become involved in God’s “thing” rather than our own. How easy it is for the Christian to become preoccupied with his dreams, his aspirations, his own little deal, and miss God’s perfect plan for his life.”

These (2) devotionals need your attention.  If “we faint not” (Day 265) and stay on task for the Lord, we are much better equipped to avoid  “succumbing to the temptation” (Day 266).

We Faint Not – Day 265 Blue Book  &  Why Obey God? – Day 266 Red Book
The purpose of these devotionals is to help you think Biblically 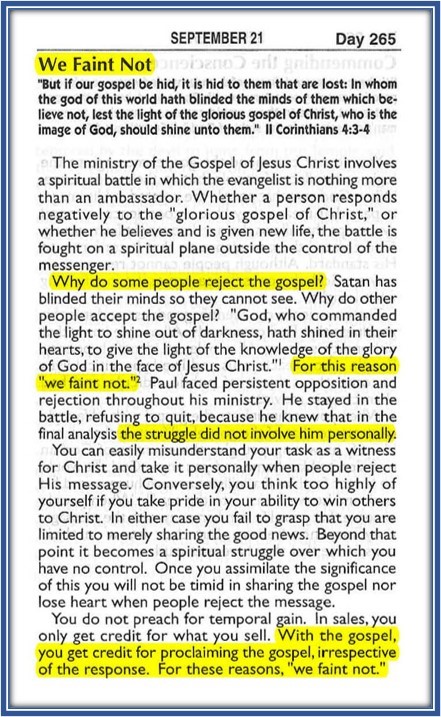 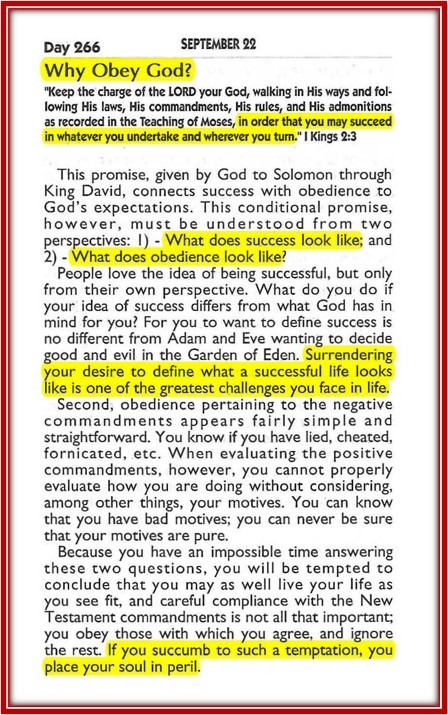 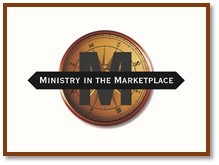 Men:  Listen to this 1 ½ minute audio message, it’s from my son Mark in North Carolina.
He had a worker come to his home for a flooring estimate.
You will be greatly encouraged!

Now, re-read the last paragraph of Day 265 in the Blue Book above!

Prayer Request for MIM Tune-Up and Conference this month: 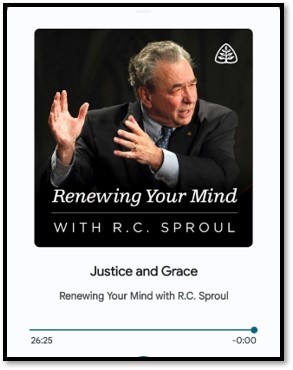 You may want to put on a seat belt before you listen to this 26 minute podcast.
When was the last time you heard a message like this from the pulpit? 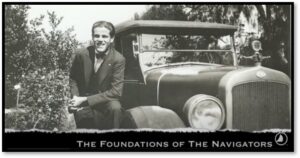 Born to Reproduce –
Early History of The Navigators

Note:  In Skip Gray’s book, Insights (page 33), he states, “All it costs to invest in someone else is your life.”  Isaiah 43:4, “I give men in return for you, peoples in exchange for your life.”  Due to Dawson Trotman, Skip Gray discipled many men, including Walt Henrichsen.