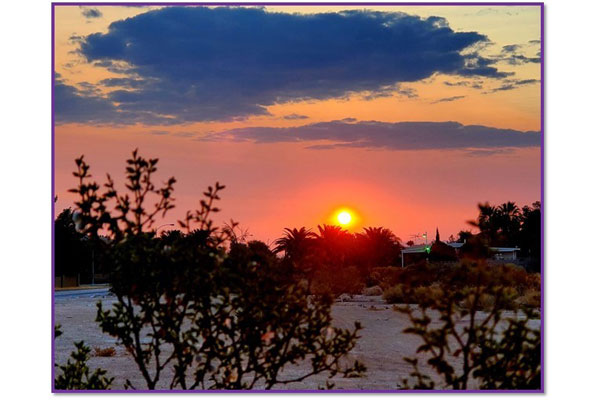 "The steadfast love of the Lord never ceases; his mercies never come to an end; they are new every morning; great is your faithfulness." (Lamentations 3:22-23)

We are literally bombarded with non-stop crap these days……. Right?  I actually took a day off this week for my birthday (those of you that missed it….. its’ not too late to still send your gifts 😊).  I took the photo above that same morning.  I sent it around to a few guys and one of the guys who’s not familiar with my photos, thought I was on some Caribbean island……..  that made my day!  I had to tell him it was across the street from my house in dirt lot.

Back to the crap comment……….  I don’t know about you guys, but I need to keep my mind on things above or it quickly goes places it shouldn’t visit.  When I look at sunrises and reflect on verses like the one above, it starts to bring me back to that place where I need to place my hope.  At night you can still see Jupiter and Saturn.  Of course you can see Jupiter more clearly (it’s much closer).  I’ve actually been reflecting on Jupiter for the past couple of weeks.  One area on Jupiter you’re all familiar with, is the “Great Red Spot.”  There are plenty of facts on this violent anticyclonic storm.  Our earth could easily fit in it, but we wouldn’t last too long.  The velocity of the winds at the edge of the storm are about 270-425 mph and the temperature of the storm is about 2500°F and scientist believe it’s been raging for over 350 years (just think what would happen if Hurricane Sally sat over Pensacola, Florida for 350 years).

So where am I going with all this? ……..  We have this huge planet that God created and He set in motion a gigantic red hurricane that is still not totally understood.  God is completely in control of everything…… let me say that again, God is 100% in control of EVERYTHING going on right now (what are those disruptive things you are thinking about right now?)  And Jesus said, “……….do not worry about YOUR LIFE….” (Matt 6:25-34) and Paul said, “Be anxious for NOTHING…..” (Phil 4:6-7).  So why in the world do we have our thoughts and emotions wrapped around the axle of the issues surrounding us?  That’s just where the Enemy wants us!  Jesus said, “Don’t worry about tomorrow………” and he made this profound statement, “But seek FIRST His Kingdom and His righteousness, and all these things will be added to you.”  Men, these are the things we are to seek.  Now let’s go after them! 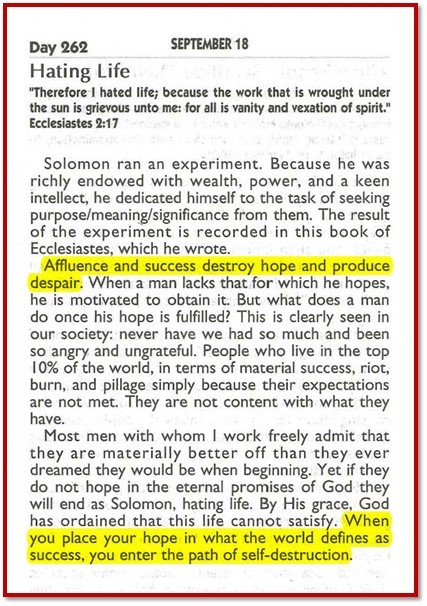 Audio Teaching of the Week:   This is one to pass on to other men.  Don’t forget your seat belt! 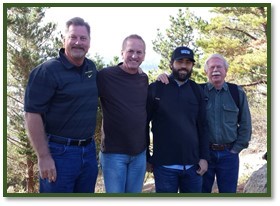 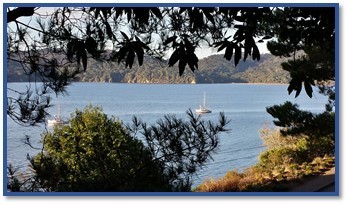 CAN WE REALLY HAVE IT BOTH WAYS?

So, this middle aged man comes to Christ. By this time in his life, he has obtained the perks and privileges of wealth and success which have become the very source of his security, ease, and status,

From time to time he has had to compromise his integrity to get where he is . Discretely, of course. That is, he’s “played the game.” Now and then he may have actually taken advantage of a few folks. As James puts it,

And now, he has decided to follow Christ . But he faces a dilemma: “ Can he truly follow Jesus and sustain his current lifestyle without continuing the very compromises it took to obtain the wealth and status in the first place?” Perhaps that is why Jesus made this comment after the rich young man walked out on Him,

You see, our middle age friend wants both the benefits of salvation and the privileges of wealth . In other words, he desires the best of both worlds. But can he in fact have it both ways?

“No one can serve two masters. Either he will hate the one and love the other, or he will be devoted to the one and despise the other. You cannot serve both God and Money.” (Matt. 6:24) (See Josh. 24:15)

In many parts of the world, obtaining and sustaining wealth is close to unattainable without compromising one’s integrity. The jarring fact is that liars, the greedy, and swindlers will not enter heaven,

“…Do not be deceived: Neither… thieves nor the greedy…nor swindlers will inherit the kingdom of God…All liars…will be in the fiery lake of burning sulfur. This is the second death.” (1 Cor. 6:9,10 selected; Rev. 21:8b)

So tell me, are you radically committed to uncompromising integrity in conducting your business affairs ? If you find that juggling a gold plated life style runs counter to living a life of purity and holiness, are you prepared to walk away from the former in order to sustain the latter? You and I may want to consider,

“Without holiness no one will see the Lord…What good will it be for a man if he gains the whole world, yet forfeits his soul? Or what can a man give in exchange for his soul?” (Heb.12:14b; Matt.16:26)

My prayer is that you are having a great week! 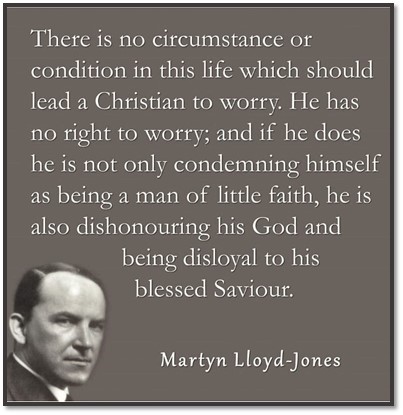