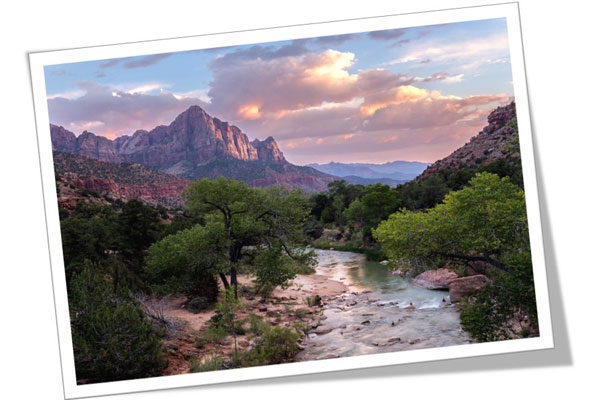 I pray your anxiety has been minimal this week and have experienced the peace that passes all understanding, because of who you are “in” Christ! 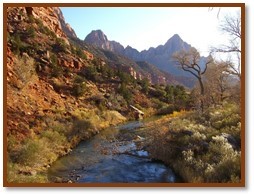 When I look at these photos of Zion, they always give me pause.  The men that attend our annual retreat always comment on the incredible beauty of Zion.  You might think that the photos we use are ones taken by professionals.  A few are, but believe it or not, you can take amazing photos with just a smart phone.  The photo on the left was one I took of “The Watchmen” several years back with my phone, standing on a bridge.  It was only a 5 minute walk from the hotel.  All this beauty was perfectly designed by God and gives a great back drop for our conference.  You will want to register soon, for it will fill up before you know it.  Here again is the registration link:  E2Vegas.org/ZionBootcamp

In your prayer time, we would ask that you pray for this year’s conference and that God sends men that are committed to the eternal and that the speakers would be used mightily by the Lord.

One final note……  Have you men been using the “ Steps To Peace With God” tract?

If not, please pray that God would place you in situations that you could give people the only hope and Good News they might ever hear (see attached PDF).  Two weeks ago I mentioned that you can ask the question:  “Do you have a relationship with God?”

One of the brothers added these valuable suggestions:
If they  say, ‘Yes’ then I ask, ‘what god is that?’   Their answer will reveal where they are and then I attempt to meet them where they are in the ongoing conversation. If ‘No’ then I often discuss that they seem to be a good person (based on the conversations I had with them leading up to this point) and eternity awaits and I hope they will be in heaven with me.

In both instances, the goal being to leave them two tracks, one for themselves and one for another, and asking them (if they are not saved) not to throw them away but save for a future read or to give the tracts to someone else that may come to mind.

And if they are saved to share the tract with others that might be interested.  Each time it is different, of course. In each encounter I just go with the leading of the Holy Spirit.
(EXCELLENT)

He must increase, but I must decrease,
Dan

George Muller (1805 – 1898) stated that “the vigor of our spiritual life will be in exact proportion to the place held by the Bible in our life and thoughts.” God help us, His laborers, to make spending time with the Lord Jesus in the context of His holy word a top priority.

Men:  I remember the sobering question, “How many men have sacrificed their children at the Altar of Work?” 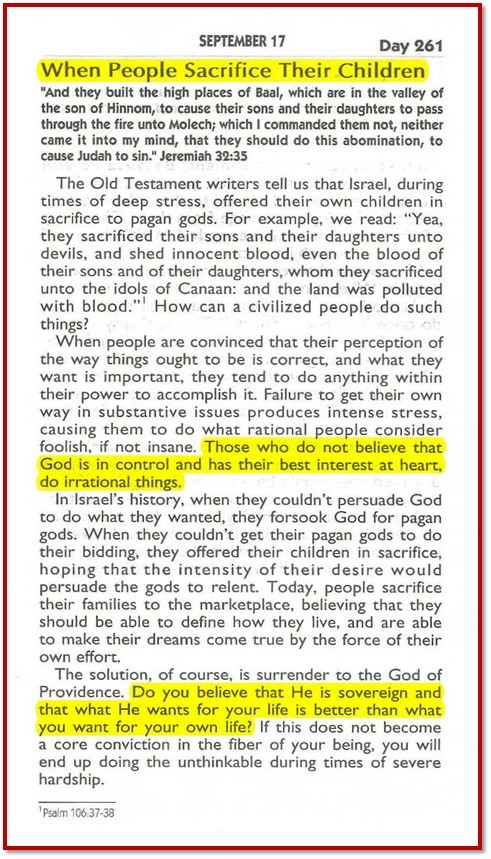 Men:  Micah Olson was one of our speakers at Zion a few years back.  Take a few minutes and read this article ( Available in PDF or Link)

“Those who seek to uphold a sexual morality based on biblical standards find themselves increasingly at odds with the prevailing culture, mocked for holding an antiquated worldview, and slandered as being intolerant and close-minded.”

Men:  What does courageous Christianity look like in our day-to-day lives?…….

The High Cost of Cowardice

………..spiritual cowards yield to the world’s pressure, fearful of what an uncompromising life of standing for Christ and His gospel might cost them.………… 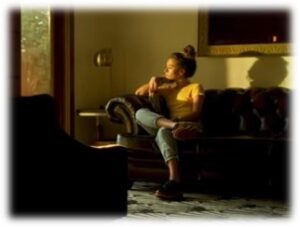 Christian recording artist Lauren Daigle during a radio interview, was asked, “Do you feel that homosexuality is a sin?” Here’s how she replied:

You know what, I can’t honestly answer on that, in the sense of, I have too many people that I love that, they are homosexual. I don’t know. I actually had a conversation with someone last night about it, and I was like, “I can’t say one way or the other. I’m not God.” So when people ask questions like that, that’s what my go-to is. Like, I just say, read the Bible and find out for yourself. And when you find out, let me know, because I’m learning too.

Lauren Daigle’s #1 Hit:  “You Say” has already had close to a quarter billion plays.  If someone informed Ms. Daigle what Romans 1:25-27 states, would she answer the question above differently?  If not, when she stands before King Jesus, what is He going to say to her?  Remember:  “There is no necessary correlation between God using you and His approving you!”

“But for the cowardly and unbelieving and abominable and murderers and immoral persons and sorcerers and idolaters and all liars, their part will be in the lake that burns with fire and brimstone, which is the second death.” (Revelation 21:8)

The above verse begins with the cowardly and ends with all liars.  If this doesn’t provoke a believer toward the Fear of the Lord, I don’t know what will…………

Men:  A brother on the east coast sent me this true story.  Amazing……….

THE ANT AND THE GRASSHOPPER

Mark’s mother was worried at first when she got a call from her son’s teacher in the middle of the day. The teacher assured her that everything was all right, but she had called to report something a little unusual, Mark was in third grade, and it was a tradition for the teacher to tell a story of an ant and a grasshopper.

The story is about an ant that works hard and labors throughout the summer to try to store up as much food as possible. The ant is characterized as a responsible, faithful creature. The grasshopper, on the other hand, plays around and fiddles away the summer and does absolutely nothing in the area of work.

When winter arrives, the grasshopper starts to get hungry, but it is clear that it must die of starvation because it has nothing saved up for the cold season that is now upon it. The grasshopper begs the ant for food, saying, “You have plenty of food stored up. Please let me have some, too.”

At this point in the story, the teacher stops and tells the students to finish the story by writing out an ending that they think would be best.

The mother inquired of the teacher, “What happened?”

Apparently, the students in previous years had finished the story by saying that the ant shared the food and both the ant and the grasshopper lived throughout the winter. Others had the ant refusing the grasshopper food and leaving it to die.

The teacher said to Mark’s mom, “Your son did something different from any other child I have ever had in my class before. Mark wrote, ‘So the ant gave all of his food to the grasshopper. The grasshopper lived through the winter, but the ant died.”

The teacher continued, “But what is more interesting was that Mark’s picture at the bottom of the page was a picture of three crosses.”

Men:  What is your response when you see God’s Truth attacked?