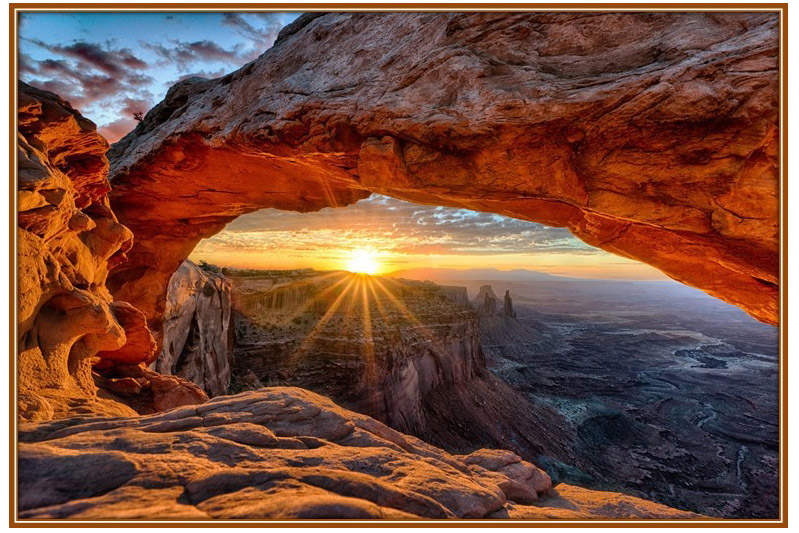 "The Lord is not slow about His promise, as some count slowness, but is patient toward you, not wishing for any to perish but for all to come to repentance. But the day of the Lord will come like a thief, in which the heavens will pass away with a roar and the elements will be destroyed with intense heat, and the earth and its works will be burned up." (2 Peter 3:9-10)

It’s Friday See Jesus walking to Calvary His blood dripping His body stumbling And his spirit’s burdened But you see, it’s only Friday Sunday’s comin’

It’s Friday He’s hanging on the cross Feeling forsaken by his Father Left alone and dying Can nobody save him? Ooooh It’s Friday But Sunday’s comin’

But it’s Friday It is only Friday Sunday is a comin’!

Have a most Blessed Easter!
Dan

As I read Walt’s devotional again, I thought about what Ken Boa wrote in his April letter:  “…… God always acts and allows circumstances and events for a purpose.  His purposes, though they may seem harsh and even cruel from our finite perspective, are always generous and good.  He is both good and omnipotent, but His will is done from the perspective of eternity.  One day, everything that is upside-down will be turned right-side up; everything that is wrong will be made right. God will use whatever means necessary to prevent evil and suffering from having the last word.”

THE CROSS, THE RESURRECTION…AND ETERNITY

And the other nine ran away in fear.

…Until the reality of the CROSS  and the RESURRECTION dawned upon them.

They (Judas excepted) then became men POSSESSED by Jesus…men OBSESSED with Christ:

As you embark upon this week’s challenges, ask yourself:

“WHAT IS MY OBSESSION?”

The resurrected Lamb of God?

-Which rung of the corporate ladder you are on?

-How to bolster this quarter’s sales?

-Whether you should get the BMW or the Benz?

Unless and until we are obsessed and possessed by the CRUCIFIED and RESURRECTED Lamb of God, we will continue to live in the self-imposed prison of:

Doubt, denial, and fear…Like Thomas, Judas, Peter, and the other nine that ran away.

Let’s concentrate on making a living…but keep the effort in the perspective of the cross, the resurrection… and eternity.