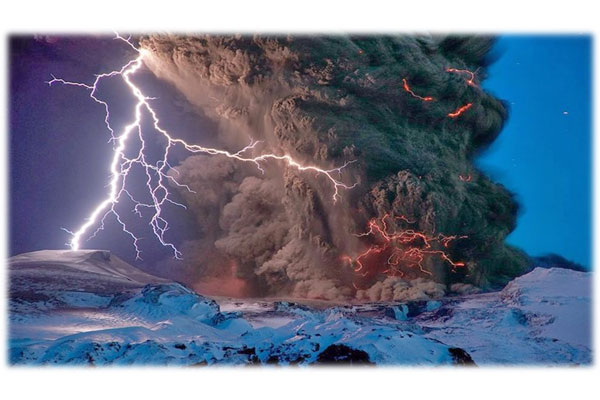 “God stretches the northern sky over empty space and hangs the earth on nothing. He wraps the rain in his thick clouds, and the clouds don’t burst with the weight…… The foundations of heaven tremble; they shudder at his rebuke……  These are just the beginning of all that he does, merely a whisper of his power. Who, then, can comprehend the thunder of his power?……Listen to this, Job; stop and consider God’s wonders.  Do you know how God controls the clouds and makes his lightning flash?” (Job 26 & 37)

Here Is An Amazing 3 Minute Video

I pray you had quiet time “in” Christ this week…… 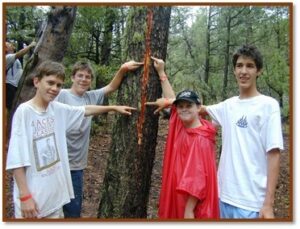 Many of you will remember the above photo (by photographer Peter Vancoillie) when Iceland’s Eyjafjallajökull volcano erupted.  The volcanic ash also disrupted air traffic in Europe for about a week.  I thought I would touch on lightning for a moment.  In that volcano were the same ingredients present in a lightning storm, colliding particles of water droplets, ice or snow with negative and positive charged imbalances, but in the photo above the ash caused the electrical charging.  Lightning travels either up, down or sideways until it reaches an oppositely charged area.  For the most part, lightning is still a mystery to scientists (they don’t know exactly how it forms).  Here are just a few of the many interesting facts about lightning we do know:  Florida has the most lightning in the USA while Lake Maracaibo in Venezuela has more lightning strikes of any place on earth (about 40,000 strikes/night over 160 nights per year…. And scientists have no clue as to why that particular location – just theories).  Every year there are about 1.4 Billion strikes around the globe!   Actual lightning travels at about 270,000 mph (the flashes of course travel at the speed of light – 186,000 miles/second).  The intensity of lightning makes it appear as thick bolts, but the actual width is only about as wide as a man’s thumb, yet the temperature is 5 times that of our Sun (30,000 °C).  An average lightning bolt will generate about one billion volts (that about 79 million car batteries).  If lightning hits a tree, the moisture and sap become superheated and can split it.  The photo at the right was at Boy Scout Camp Geronimo near Payson, AZ in 2004 during a lightning storm.  Several of the boys in our troop saw the lightning bolt and all of us heard the loud crack when it split the tree open.

When you reflect on God’s amazing creation, you can’t help but to go back to Job again:

Paint the Wall Black:  The Story of Nini’s Deli  (play video)
When you have time I think you will want to watch this 49 min video.  It was sent to me by one of the brothers and I too agreed with his comments:  “This is an UNBELIEVABLE story.  I feel convicted.  This brother (Juan Riesco) was willing to lose everything for Jesus.”

I can’t imagine YouTube will allow this video to stay up much longer.  As you watch it, remember, they weren’t rejecting Juan, they were rejecting Jesus!    “For to you it has been granted for Christ’s sake, not only to believe in Him, but also to suffer for His sake.”  (Philippians 1:29)

Much Love in Christ,
Dan

Much Love in Christ,

Jesus said,
“If anyone wishes to come after Me, he must deny himself, and take up his cross daily and follow Me.  For whoever wishes to save his life will lose it, but whoever loses his life for My sake, he is the one who will save it.”  (Luke 9:23-24)

Men:  In the YouTube video above, Juan Riesco didn’t fear proclaiming the Gospel and taking a stand for Christ even though great persecution came to him and his family.

The purpose of these devotionals is to help you think Biblically
Solomon said, “As a man thinks, so is he” 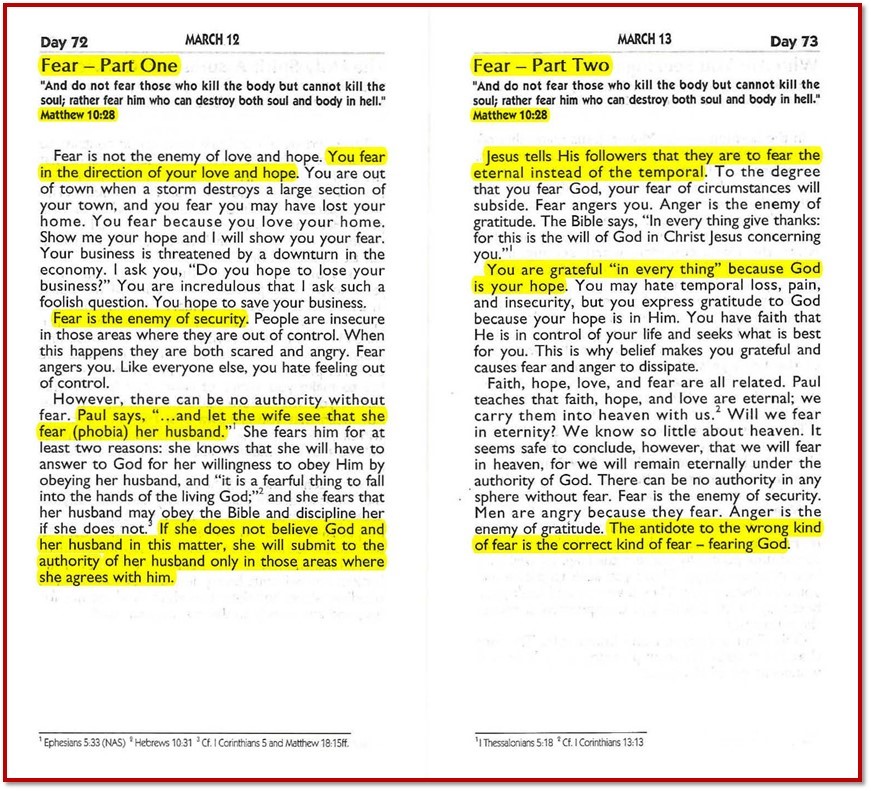 Such an encouraging letter from Leette Henrichsen

Profound 11 minutes!  I keep thinking of Juan Riesco’s story above.  Following Christ “Will Cost You Everything.”

One of the brothers sent me this message from Paul Tripp.  A short read, but profound.

It’s the heart that’s the problem. People, locations, and situations don’t cause me to sin; they’re where the sin of my heart gets revealed.

When we do something wrong, we all tend to point outside ourselves for the cause: “This traffic makes me so angry”; “She gets me so upset”; or “My boss pulls the worst out of me.” It’s a comfortable, street-level heresy. It feels good to think that your biggest problems in life exist outside you and not inside you, but the problem is that it simply is not true.

Sin is a matter of the heart before it is ever an issue of our behavior. This means that your and my biggest problem in life exists inside us and not outside us.

It’s the evil inside me that connects me to the evil outside me. So, I must confess that I am my greatest problem. And if I confess this, I am saying that I don’t so much need to be rescued from people, locations, and situations. I am in desperate need of the grace that is alone able to rescue me from me. I can escape situations and relationships, but I have no power to escape me. This is exactly why David prayed in Psalm 51 that God would create a clean heart in him. God’s grace is grace for the heart, and that is very good news. For further study and encouragement: James 4:1–10 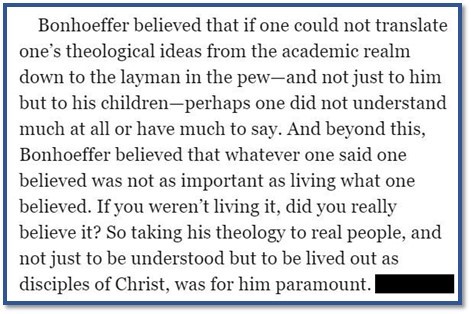 This quote says it all.  The question is, “Do you believe it?” 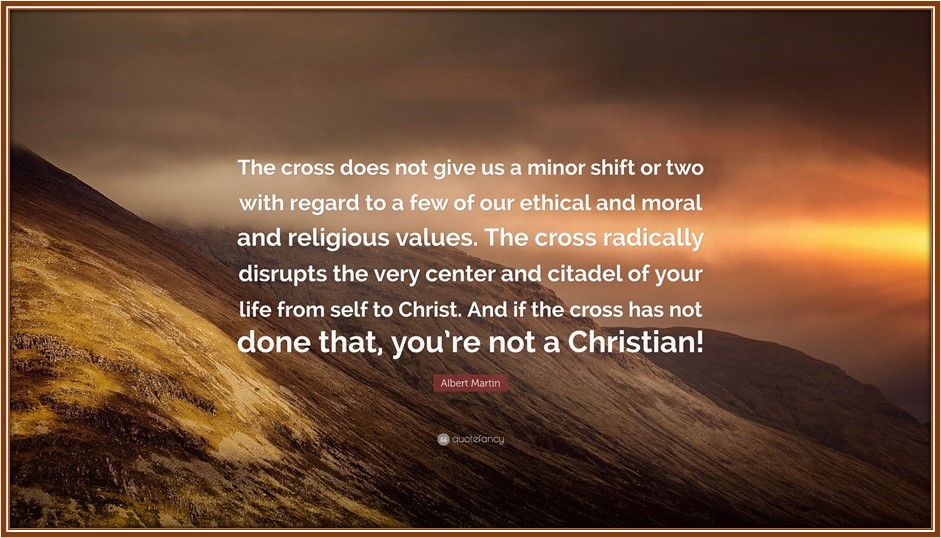