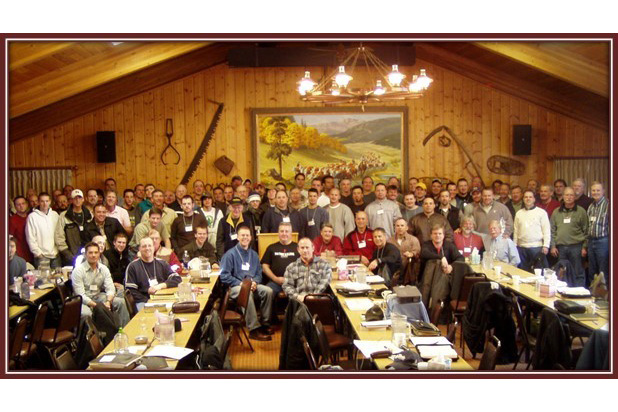 Please Pray for the Lost Valley Men’s Retreat This Weekend!

As usual, lots going on in your life and mine.  In January my wife and I visited our son’s future in-laws back in the Ohio-West Virginia area.  One morning after a snow, we visited the Union Cemetery in Steubenville, Ohio.  I took the photo below of the grave monument with my last name on it!  Then I read “Once in a while from Lee” that hit my email box.  It fit perfectly, because Lee Yih has also been thinking about death.  Remember what Spurgeon said:

I had lunch out with Miltinnie today, and in this first quiet period in six weeks, we reflected upon what life would have been like for us and our daughter, had our son-in-law died or been seriously incapacitated by his massive heart attack.  Instead, he miraculously survived after being in a coma for 9 days and he seems to have zero brain damage even though he had “flatlined” for a scary number of minutes.    He is not sure that he actually died for those few minutes although some are now calling him “Lazarus” and he is due to give a testimony at church on the Sunday that his pastor will preach on Lazarus.

Although we share many things with God like His image and have access to Him through prayer, we are more like animals in that we experience death.  The Bible never allows us to forget our mortality and life too, constantly remind us.  Although the head of Google is claiming they are working to make death optional, that is an illusion and is the Serpent’s lie (Gen 3:4).

As we think about what death is and where it comes from, we are told that it is linked to sin, (Rom 6:23), is not natural, and someday, this last enemy will be abolished (I Cor 15:26).  In Jesus Christ, the immortal God had tasted death and in so doing, had destroyed death, making it powerless (Heb 2:14).  Thus, death is like sleep (I Thess 4:13-18) from which we will awake.  Although the Bible mentions eternal life, it nowhere mentions eternal death.  John Stott thinks that John 3:16 implies eternal extinction.  For others, the real terror of death is not eternal annihilation, but that it is not, and instead, is the “wrath to come”.

Like you, I spend a lot of time talking to men.  Almost 99% of them only want to talk about the temporal – earthly stuff.  You know, the Golden Knights, the Raiders Stadium, work stuff, the next big deal, the characters in Wash DC, lower back pain, the next vacation and that the plumber had to come out.  When are we ever going to start talking about the eternal?

After all, that’s where we are going to spend FOREVER!

See you at noon!

Broken and Dependent,
Dan
“These things I have written to you who believe in the name of the Son of God, so that you may know that you have eternal life.”  (1 Jn 5:13)
The one who says, “I have come to know Him,” and does not keep His commandments, is a liar, and the truth is not in him.  (1 Jn 2:4)

[Note:  No Second Saturday in March]

A good Buddy sent me this devotional by D.A. Carson
Take a moment to read it ……………. Profound!