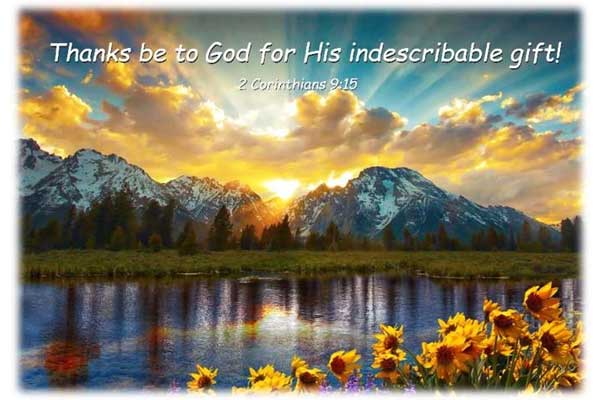 I pray you have had serious reflection this week on God’s “indescribable” gift.  As I was reading in John yesterday morning, this verse stopped me in my tracks, “All things came into being through Him, and apart from Him nothing came into being that has come into being.”  (John 1:3)  How do you effectively describe that?  On top of that, He has come to “live in us” (Gal 2:20)  Jesus is truly INDESCRIBABLE!

Photo:  Several years back, I purchased the right to print the above photo.  It’s one of my favorites, maybe because I was raised as a kid in Wyoming.  A number of  years ago, I sent my testimony to several of my cousins living there.  I never heard back.  Probably a good time to circle back and see where they are in their relationship with God……… things do change with all of us! 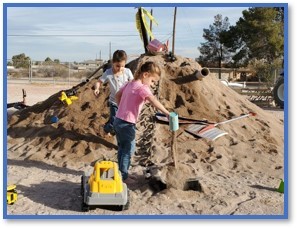 Remember a few weeks back I mentioned in the Friday letter that I had 15 tons of washed cement sand delivered in the back of my house for when my granddaughters arrive from Mexico.  Well they arrived on Monday and there has been “non-stop” activity at the sand pile.  The things they conjure up to do is amazing.  Here is just one photo of many of my granddaughter’s Joanna and Olivia having a blast.  Needless to say, they are sleeping pretty sound these nights.

They are now waiting for the rain to pass though so their excavation projects can continue 😊  By the way, they are delightful to be around and so respectful.  I can tell that my son Mark and is wife Zaira have spent a lot of time pouring into their daughters. 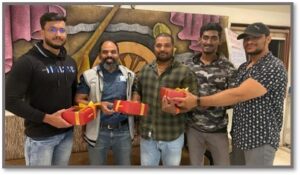 As many of you know, I continue stay involved with a few of the “disciple-makers” in India.  One of the “real deals” is Daniel Janagam and of course his wife Hephzi.  This brother and his wife continue to stay in the trenches of E² (Evangelism & Edification – Discipleship).   Daniel sent me a photo yesterday where he invited some men at the gym where he works out to have dinner.  He also gave each of them a small cake.  This is what Daniel Janagam said:

“We distributed cakes & have a fellowship dinner with our Gym Trainers.  Shared the love of Christ by words, food, sharing Good News. May the Lord bless them & make them as heirs of His kingdom.”

Don’t you love it………… right in “his own backyard.”  What a great idea for those of you that have a regular workout at your gym.  (Janagam is the 2nd one on the left)

May the Lord pour His abundant blessings
on you and your families this Christmas, 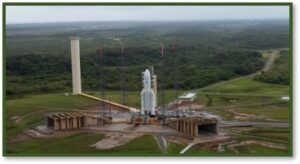 Men:  I’m always wondering what God is going to do with this telescope.  Will He let it launch? … or … will He let it fully deploy and then baffle the scientists even more?  If interested, here is one of the links to watch it:  YouTube.com/NASA

Men:  More things to challenge your thinking.  I recommend you reading all 8 parts…… 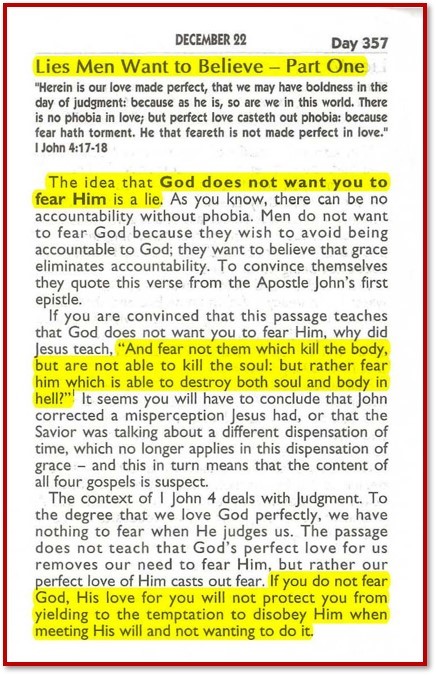 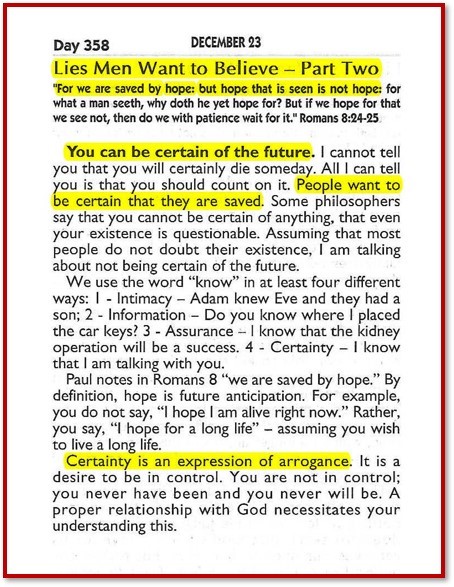 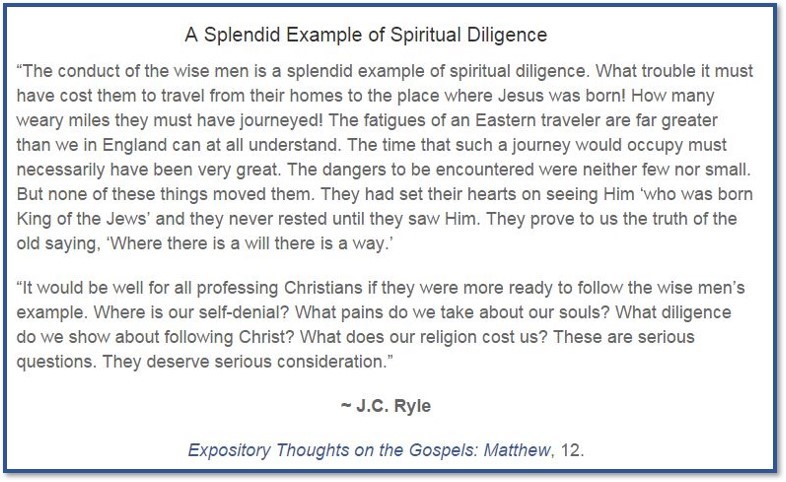 “But finding the Savior and having Him explain all and take you to your destination is what Christmas is all about: hope within and hope for the future. He is the One and only Prince of Peace.”

Christmas is a time of hope and blessings, a celebration of life and salvation. The Scriptures teach us that children are a blessing from God. It has also been said that the birth of each new child is a sign that God has not yet given up on this world.

That was never more true than the night two thousand years ago when the Son of Man was born in Bethlehem; born to bring the hope of salvation and the blessing of eternal life. When the Christ Child came into the world, his cry pierced the night and split all of human history in half.

During a message in 1926, James Allan Francis summarized the profound impact of life of Jesus Christ. No doubt many of you will recognize his words:

Here is a man who was born in an obscure village as the child of a peasant woman. He grew up in another obscure village. He worked in a carpenter shop until he was thirty and then for three years was an itinerant preacher.

He never wrote a book. He never held an office. He never owned a home. He never had a family. He never went to college. He never put his foot inside a big city. He never traveled two hundred miles from the place where he was born. He never did one of the things that usually accompany greatness.

He had no credentials but himself. He had nothing to do with this world except the naked power of his divine manhood. While still a young man the tide of popular opinion turned against him. His friends ran away. One of them denied him. Another betrayed him.

He was turned over to his enemies. He went through the mockery of a trial. He was nailed upon the cross between two thieves. His executioners gambled for the only piece of property he had on earth while he was dying, and that was his coat. When he was dead, he was taken down and laid in a borrowed grave through the pity of a friend.

Nineteen wide centuries have come and gone and today he is the center of the human race and the leader of the column of progress.

I am far within the mark when I say that all the armies that ever marched, and all the navies that were ever built, and all the parliaments that ever sat and all the kings that ever reigned, put together, have not affected the life of man upon the earth as powerfully as has this one solitary life.

No one can predict what will occur in the weeks and months ahead, but we can rest assured that one day every head will bow and every knee will bend before the King of Kings.
(Philippians 2:9-11)

Men:  I thought this was quite good.  From Tim Challies blog……. 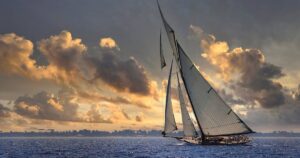 The Ship Is Always Sailing On

One of Charles Spurgeon’s more interesting projects was to write a volume of illustrations, all of which were borrowed from the writings of Thomas Manton. Essentially, he would quote a short illustration from Manton, then expand it into a kind of devotional. The result was called Flowers from a Puritan’s Garden. Here is one of them, beginning with Manton’s original quote and then continuing with Spurgeon’s reflection on it.

“The ship holds on her course, and makes for the desired port, whether they on board sit, lie or walk, eat or sleep.”

Thus time is at all times bearing us onward to the land where time shall be no more. There is never a pause in our progress toward eternity, whether we trifle or are in earnest. Even while we read these lines the great ship is still speeding onward at the same rapid and unvarying rate. We shall soon see the shore of eternity; far sooner than we think! It becomes us to be ready for the landing, and for the weighty business which will then engage us, namely, judgment at the hands of Christ.

If we could lie becalmed a while and make no movement toward eternity we could afford to sport; but if we look over the ship’s stern we may see by her shining wake how she is cutting through the waves. Past time urges us to diligence, for it has reported us in heaven; and future time calls us to earnestness, for it must be short, and may end this very day. And then!

Then He said to His disciples,
“The harvest is plentiful, but the workers are few.”
(Matthew 9:37) 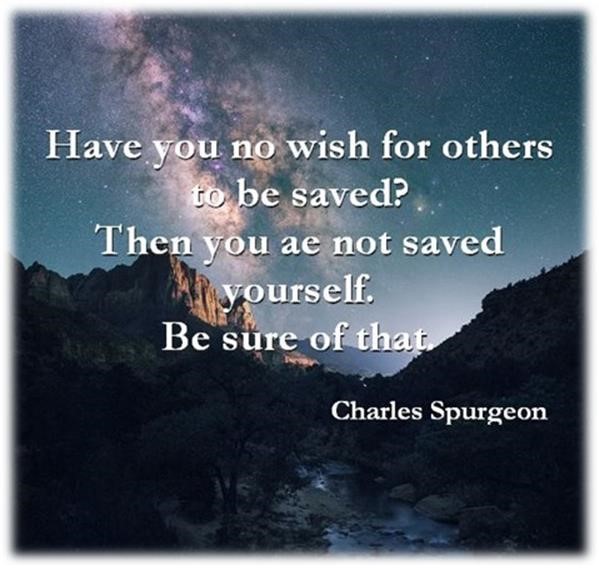