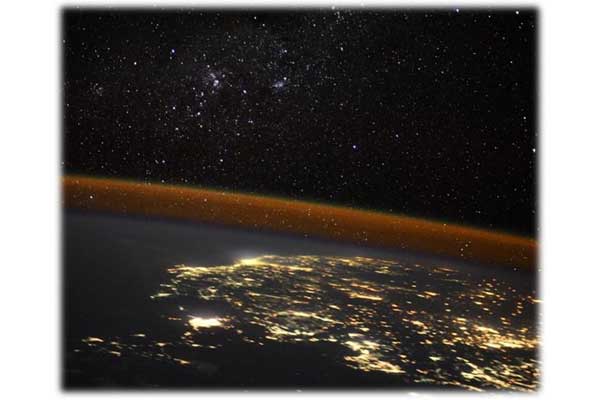 Edge of the Earth

(From the International Space Station)

I pray your week has been one reflecting on the fact that you have been forgiven by the One that lives “in” you.  I love what Paul states in 1 Corinthians 2:2… “For I determined to know nothing among you except Jesus Christ and Him crucified.”  How amazing is that verse!

The above photo was taken by astronaut Thomas Pesquet from the ISS.  The orange band is Earth’s ‘sodium layer’ made up of neutral atoms of sodium within the upper layer of the atmosphere, that originate from the burning up of meteors.  It’s really a breathtaking photo of the edge of earth showing city lights below.  A dear brother was traveling through Las Vegas on Wednesday and we had lunch.  We talked about this and he made a remarkable statement.  If you take the deepest point on Earth, which is the Mariana Trench in the Pacific Ocean, about 7 miles down from seal level, and the highest point from sea level to the upper atmosphere before you enter space which is about 62 miles (The Kármán Line).  That total is 71 miles around this Earth where all life as we know it, exists.  This is so amazing when you think of all the astrophysicists that are staring billions of light years into the universe and have yet to find any significant life whatsoever…… well, maybe a microbe on Kepler-452b 😊

Because the scientific community tends to quash certain scientific articles, you probably missed the paper that three of the greatest minds from University of Oxford concluded several years ago that, The statistical chances of their being other intelligent life in the universe are “exceptionally rare.”  They punched holes in the Fermi Paradox and the Drake Equation.  The vast majority of scientists can’t bear to think that God created all this…….. might it be because instead of autonomy they will now be accountable to: “I AM”

IN YOUR OWN BACKYARD – PART 5

What happens when you start praying for your neighbors?  During my evening time of prayer I will pray for my neighbors.  I don’t pray every night for them, but normally a couple times a week.  I know 16 of my neighbors by name and talk about them with God.  Granted, in my flesh, I’m not too enamored with a couple of them and probably wish they would move somewhere else.  But then I get that gut-punch from the Lord.  He could care less what I think, but what does Jesus think?  Well we do know clearly He does not wish for any to perish, but for all to come to repentance (2 Peter 3:9b).

So where am I going with this?  As you all know, Halloween was just a few weeks ago.  What do you think the favorite holiday of our neighbor across the street is?  You guessed it, Halloween!  Jane & I really like them and they (Dave & Kristie) like us, so they invite us to their Halloween parties and it’s mandatory you wear a costume…….. by the way, they like Halloween so much that when they got married, they were both in coffins.  I kid you not!!  They also spend weeks decorating their house, inside and out.  Actually, it’s amazing.  The day of the party rolls around and I haven’t come up with a costume, and I didn’t want to be a Catholic priest again, so my wife suggested, “how about being a Boy Scout?”….. Done!  I even had the back pack.  I prayed that God would let me talk to at least one person that night about Him.  We headed over to the party……

A couple hours into the party, one of the neighbors right next to Dave & Kristie came over to talk to me.  His name is Karrl and he is a Mormon.  He wanted to know about my Boy Scout uniform.  I told him I was a Scoutmaster for about 10 years and our conversation was off and running.  I mentioned how the boys in the Troop would share the Word on our backpacking trips, etc and he was amazed.  After about another 20 minutes of conversation back and forth, I pulled out “Steps To Peace With God” and he started reading it.  He then said he was disenchanted with the Mormon Church and wanted to know what church we go to.  Right then his wife walks up and he hands her the gospel tract.  She starts reading it and after a bit of a conversation, she says to her husband you should go to Dan’s men’s group on Friday (they see the cars in front of my house every week).  She also said Karrl is kind of lonely since being retired and to be with other men would be good for him.  Well, he hasn’t showed up yet, but I have walked across the street several times and he wants to continue our conversations and has said, “Don’t be surprised if I show up  one of these Fridays.”

I know I rambled on way too long telling this story, but couldn’t resist saying that God can really throw you a curve ball.  Karrl was literally the last person I thought I would ever be talking to at that party about the Good News of the Gospel.  I covet your prayers for Karrl and let’s see what the Lord does.  Thanks for bearing with me on this one………

PS:  Karrl was dressed as the Penguin (Burgess Meredith) on Batman

“How can you believe, when you receive glory from one another and you do not seek the glory that is from the one and only God?”

We referred to this verse last week, but it is so very important (how many of you have it memorized?) that I wanted to include it again.  Some of you may agree with Walt’s devotional and say you are nothing, but do you get upset when people agree with you? 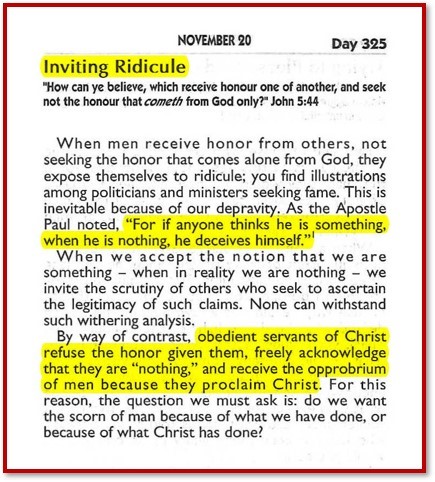 Giving Thanks in Everything

Men:
Our Friday Group spent 2 weeks discussing the attached article by John MacArthur, “Giving Thanks in Everything.”  I would encourage you to read it and possibly use some portion of it for your Thanksgiving Devotion before you sit down and carve that turkey next Thursday.

“I wanted a little bit more of Him (Jesus), but I guess I didn’t want all of Him”
Steven Bancarz

This is a great testimony.  When I listened to it, I could definitely relate to when he went to church and prayed and asked Jesus into his life, but it was more of a mental exercise than an act of faith. It was several days later that he was truly broken…. followed by repentance.

For me, I was baptized in a church but it was several months later that it all became real when I surrendered it all and repented under a tree in my backyard.  For the first time, Jesus was Lord of my life. 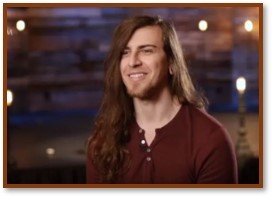 ReasonForJesus.com/ How Jesus Revealed Himself To Me
Steven Bancarz Testimony

Revisiting the Blue Book:
What is that one area in your life that you are still holding on to?  Is the price too high? 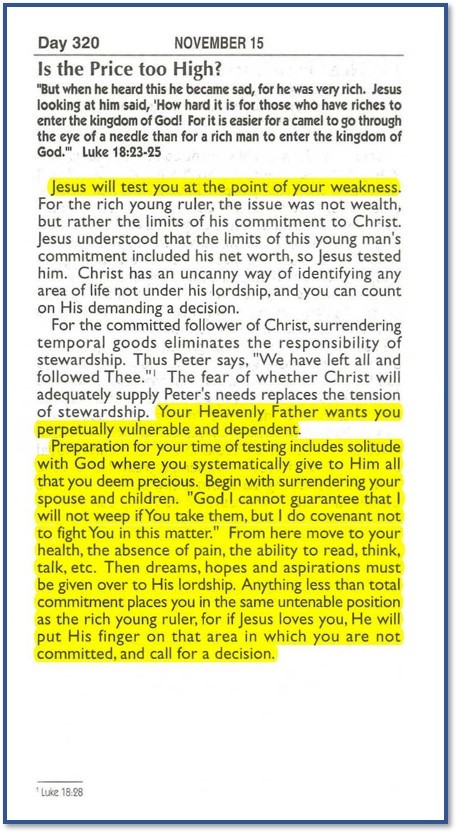 By the word of the Lord the heavens were made,
And by the breath of His mouth all their host.
(Psalm 33:6)

I took this photo at the apex of the Lunar Eclipse several hours ago.
Remember, without the moon, we couldn’t survive!
(See past Friday Letter:  E2Vegas.org/Friday-Mens-Group-10-16-20/) 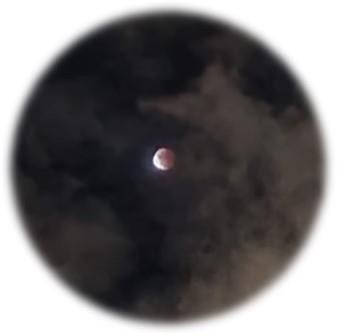