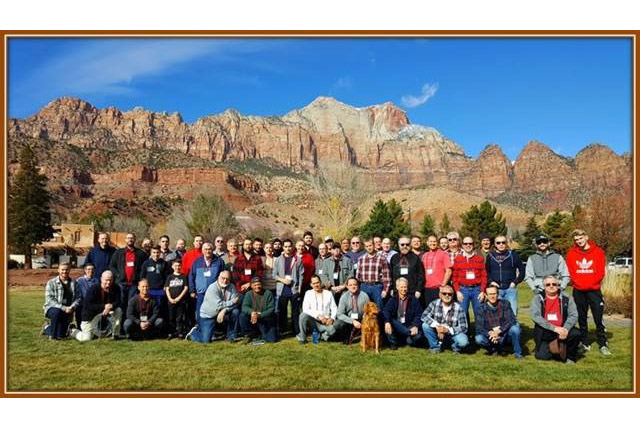 For this year, the Zion Men’s Conference has been cancelled.
We look forward to what the Lord has for us next year.
Much Love in Christ,

I was reflecting earlier on the various men’s conferences around the country:

Question:  Why do men attend these conferences?  Of course one reason is that another man they respect invites them.  But as I see it, at the core, a few men realize that this life is very short, eternity is right around the corner and there is this nagging void in their life.  There must be something more than aiming at that goal of obtaining an education, getting that good job, marrying the right woman, having smart successful kids, going salmon fishing once a year with the guys and finally retiring at the dream cabin on the Snake River bouncing your grandkids on your knee.

In the book by William Somerset Maugham, Of Human Bondage, the author mentions two old folks waiting to die.  He says this about them,  “They had done nothing, and when they went it would be just as if they had never been.”  I remember growing up as a kid in Las Vegas that around the corner was this big house that belonged to a very important man, Archie C Grant.  He had an apartment complex and a park named after him, Grant Hall at UNLV, he was a university board of regent, etc.  In other words, he was a very prominent person.  Today, unless I’m asking an old timer like me, no one has a clue who Archie Grant was.  My point is that even though this man had done a lot, today it’s like he had never been.  C.T.  Studd said, “Only one life, twill soon be past, only what’s done for Christ will last.”

If you would like to listen to a profound message that Walt Henrichsen gave to a group of men in 1967, during the Viet Nam era, titled:

“WHAT TO GIVE YOUR LIFE TO”

………..then click on the hyperlink above.  If the title interests you, I might suggest that you put your seat belt on!  It’s an hour long, so find some quiet time.   Some of you might be saying, “An hour, whoa!”  Think about that comment in light of the sports and movies you watch.  The above message can be found at:  http://discipleshiplibrary.com/walt_henrichsen.php

Christ gave His life for people.  Isaiah 43:4 reads, “Since you are precious in My sight, since you are honored and I love you, I will give other men in your place and other peoples in exchange for your life.”  That’s what these conferences are for.  Like the United States Marine Corps, we are looking for “A Few Good Men.”  (You can replace good for committed)